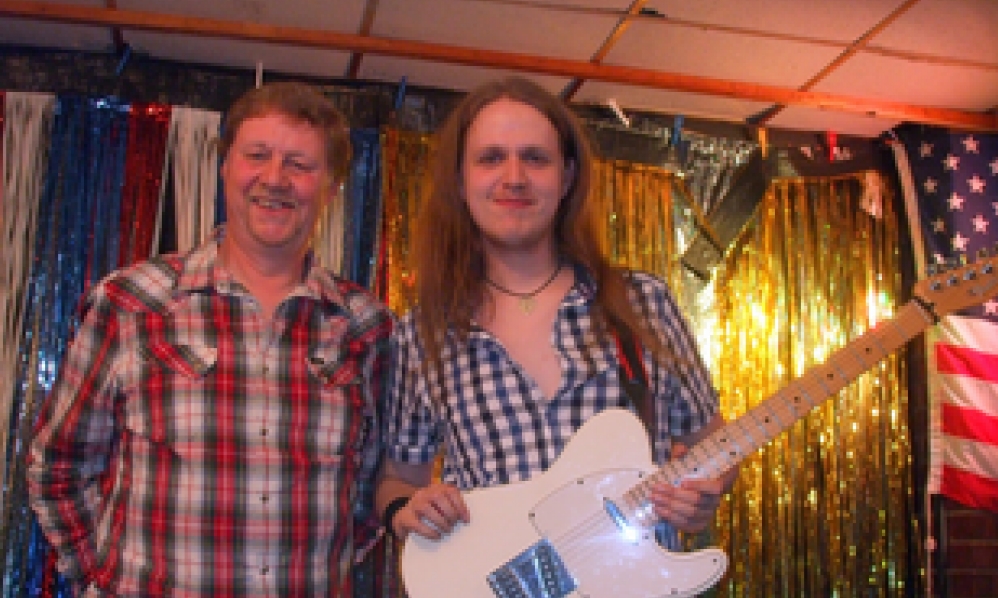 Stonecold” Country  are a Country music duo made up of a father and son, both Ray and Steve have been on the country scene for many years.  Equally at home in a concert situation or line dance show, the duo perform the most up to date country dance tracks to good old country classics.

Ray Kedge : Steel Guitar. and Lead Vocals. Ray has been on the country scene since 1967 That's 53 years this year playing steel guitar with top bands, Jon Derek and Country Fever, The Muskrats and Hickory Lake. Ray was the only British musician in the band on the Billy Jo Spears and Hank Thompson tour in 1989, has worked with Freddy Fender, Margo Smith and over here was asked to join the Lonnie Donegan band for a tour.   Also a fine vocalist Ray takes the lead vocals in the duo As the “senior citizen” in the duo  Ray brings all those years of experience to a “Stonecold” Country show, his Steel playing is some of the finest you will hear whether it’s slow crying steel or playing lightning fast instrumentals with Steve.

Steve Kedge : Lead guitar, Harmony Vocals at  Thirty two years old Steve is  rated as one of the finest guitarist on the scene today. His playing is unique, adapting modern day Rock techniques to his country playing resulting in a player that leaves not only audiences stunned but musicians wondering where the hell that ” lick” came from. In 2016 Steve won Musician of the year in the CCN AWARDS. Self taught for a couple of years Steve realised he needed to go to music college to improve his playing, and after two years of  eight hours a day five days a week  he has emerged with an awesome talent, just ask anybody who has seen that” Long Haired guy play”. He sings harmony vocals and is constantly looking for new tracks for the duo to perform.

Chris comes with a wealth of experience at applying his trade

Woody is a multi-talented musician based in Wild West Yorkshire.